The short film has been such an incredible hit, that it’s not surprising to find we are in the process of creating a feature film of One Night in Hell!

Partnering with Duck Productions in association with the London Stereoscopic Company, the short film will be reconfigured as a stop-motion animation and live-action mix feature, to be released in 2019. We hope you’re as excited as we are!

For more information, find out what Screen Daily has to say about it here: http://www.screendaily.com/news/production/one-night-in-hell-to-become-feature/5095568.article?blocktitle=Latest-news&contentID=276 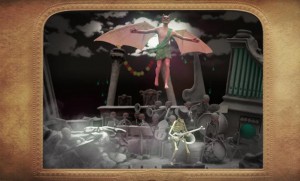